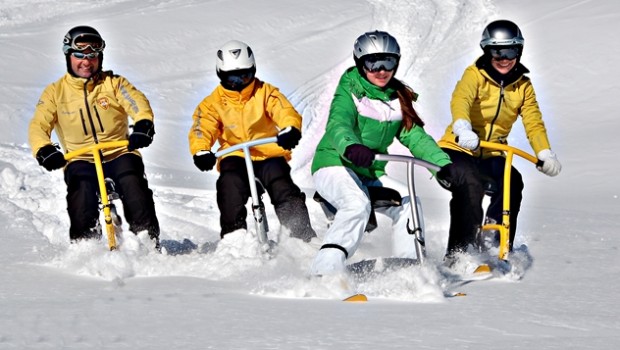 If you can ride a bike you can go Snowbiking. Whether you like biking or skiing most, you will have a great time on the slope with us on our Snowbikes here in Åre. During our Snowbike school we prepare you to rent your own Snowbike, and after the school you can go in the ski system and ski lift with your Snowbike. A skipass for Åre ski area is needed. 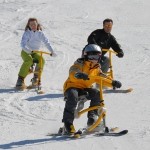 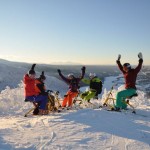 Who is Snowbiking for?

Snowbike are the perfect tool for lots of people who like to explore the slopes of Åre in an new way.

The “left out” family member – Perhaps you are the one who are waiting in the lodge or in the apartment while the rest of the famliy  shreds the mountain. Now you can join and in and share the fun with them, not waiting for them at home.

The vacationing skier – You have already bought your “one week skipass” here in Åre and like to spend everyday of your trip on the mountain. After a few days of hard skiing your legs are tired. Well… Ski sitting down for a day is a great break to rest your legs and have fun at the same time. Don´t risk injury pushing yourself on tired legs, so rent a Snowbike instead for one day and have fun!

People with bad leg joints – If your knees don´t work as they used to you can still go on the slopes with a snowbike and spend the day with your friends and family. Riding a Snowbike put much less strain on knee, ankle and hip joints then skiing or snowboarding.

First timers – If you never have done skiing or snowboarding before the Snowbike is a perfect “first step” to enter the slope and after about 60 min you have picked up how to ride the snowbike.  If you like you can add these skills to the skiis or snowboard later – or just keep riding the snowbike for the rest of your holiday!

Skiers or snowboarders who want to try something new – We promise you will have fun and experienced “snow sliders” will learn how to snowbike in just a few minutes!

Like to “show off” – If you mabye not are a good skier but like to impress your friends with doing something new and cool for the first day on the slope, snowbike is the tool for you. You will be the “King of the slope”!

The snowbikers – Yes, there is hundreds of people who not are skiing or snowboarding while they are in Åre. Some of them have found there sport and they are Snowbikers!

Guide, Snowbike and foot-skies are included. (Skipass not included).

For companies and groups we also have other concepts with even higher flexibility. Contact us for a quote and suggestions for set up. 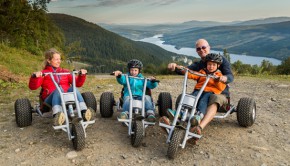 Back to Top ↑
Social media & sharing icons powered by UltimatelySocial